It won’t work, but it will annoy baseball fans 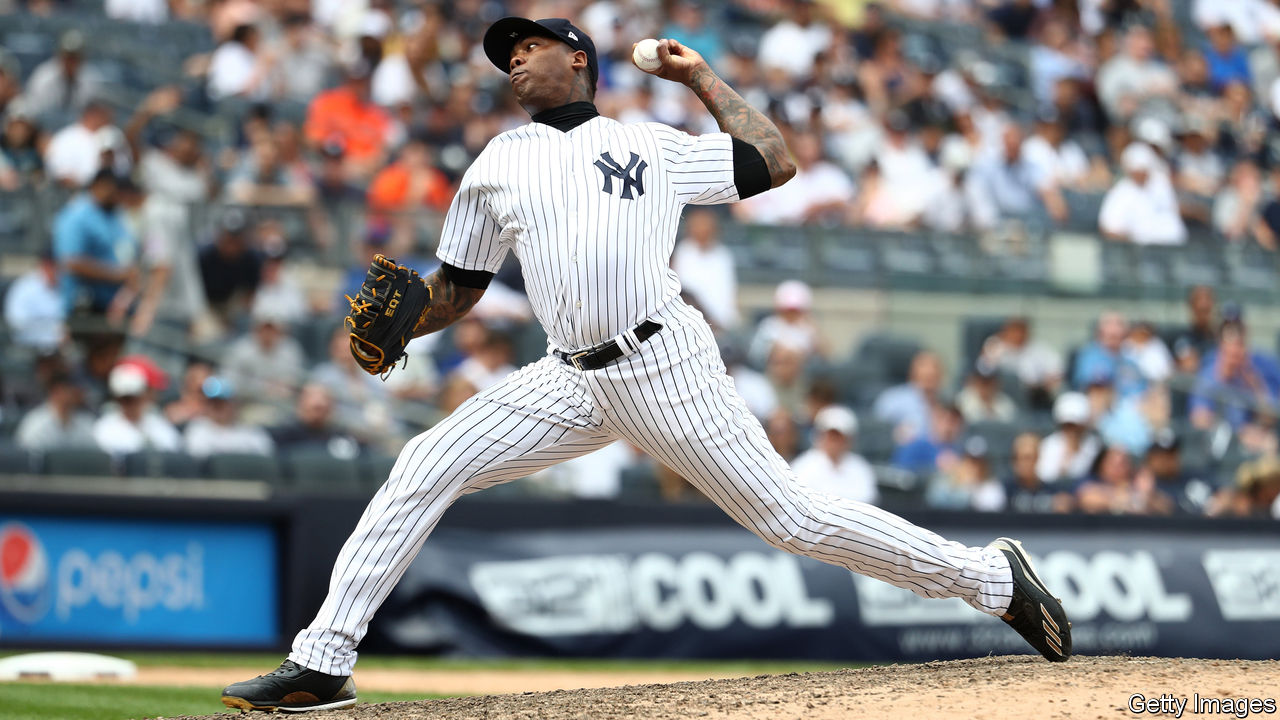 Aroldis chapman, now a pitcher for the New York Yankees, has hurled the fastest fastball ever thrown in a major-league baseball game. It was a 105.1mph (169kph) scorcher in a game against the San Diego Padres in 2010. Fans call him the “Cuban Missile”. He is one of a score of Cuban-born players in the United States’ top league. Most, including Mr Chapman, defected from the communist island, often in harrowing circumstances. Yasiel Puig, a right-fielder for the Cincinnati Reds, was held hostage by gangsters at a motel in Mexico for months on one of his many attempts to escape Cuba.

Under an agreement between Major League Baseball (mlb) and the Cuban Baseball Federation reached in December, the exodus of Cuban talent to the United States was to have become less perilous for the players and more profitable for Cuba. mlb teams would have paid the Cuban federation a fee worth 15-20% of the contract. Newly enriched players would board commercial jets to join their new clubs and pay income tax to the Cuban government.

On April 8th the Trump administration cancelled the deal. Far from keeping aspiring major-leaguers out of the clutches of people-smugglers, the agreement would encourage “human trafficking”, an American official claimed. More plausibly, the administration pointed out that money sent to Cuba would end up in the coffers of its repressive government.

The tag-out is the latest expression of Mr Trump’s determination to undo the rapprochement with Cuba that his predecessor, Barack Obama, had brought about. The baseball deal would not have been negotiated without it.

Mr Trump has maintained diplomatic relations. There is currently no usambassador to Cuba, but that is true of many places under this president. However, he has made it harder for Americans to travel to the island. Last month the administration said it would allow Americans to sue Cubans holding property that had been confiscated by Cuba’s government after the country’s revolution in 1959. This reversed a longstanding policy of suspending that right. Two American senators have introduced a bill to prevent courts from recognising trademarks owned by Cuban confiscators. It is nicknamed the “rum bill”, because it would affect a Cuban-French venture that sells Havana Club rum.

Like most other measures the United States has adopted to force out Cuba’s communist regime, the baseball ban is likely to prove futile. More than 350 ballplayers have defected from Cuba since 2014.